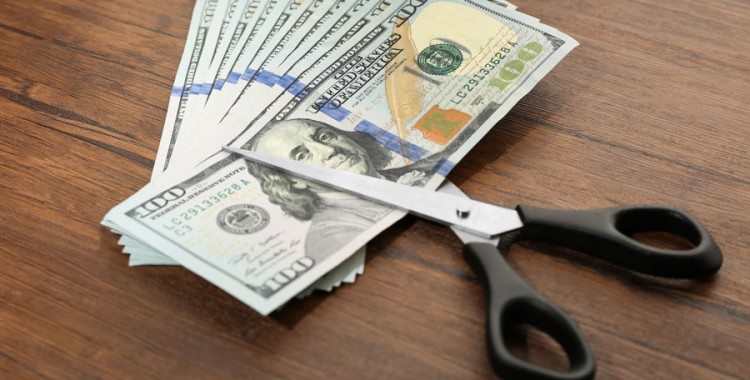 Finally, after months of fanfare, blueprints, and endless requests from our Managing Partner Ken Cerini to put out content on what a potential Republican tax plan would mean for our clients, last week the House Ways and Means Committee released the “Tax Cuts and Jobs Act” (TCJA). While previously released frameworks offered few details, the TCJA comes in at a robust 429 pages, representing a seismic shift in taxation, more so than anything released in the past thirty years. Having now had some time to read and digest the proposal, the Tax and Business Advisory team at Cerini and Associates offers thoughts and highlights on some key proposals from the TCJA as it prepares to make its way through the legislative process.

It is our opinion that the TCJA will not pass in its current form. The bill introduced is still in its early stages, requiring revisions in the House, a trip through the Senate, and a Presidential signature. The general consensus is that this bill will look to be passed without input and support of the Democratic Party, thereby limiting the margin of error and dissension within the ranks of the Republican Party. As a result, there will still need to be compromises to be made in some of the more “controversial” areas, such as State and Local Tax (“SALT”) deductions and pass-through taxation.

Early analysis of the bill has indicated that there was a clear focus of effort on helping business enterprises. Of the proposed cuts, it has been estimated that nearly two-thirds of the $1.5 trillion will be targeted toward business initiatives. Even with this focus, there still is uncertainty on how this bill in its current form will affect our clients, as each tax situation can be dependent on many factors. The loss of SALT deductions certainly stings, but with new brackets, a repeal of the Alternative Minimum Tax (“AMT”), enhanced tax credits, and a change in pass-through taxation may very well result in more favorable tax situations for many of our clients.

The TCJA overall contains 117 sections covering a broad array topics. The initial draft of the TCJA is very dense, and with each read-through and continued analysis, more and more information is coming to light as to what changes are on the table. The intentions of these changes were two-fold: to help simplify taxation for many Americans and to reduce the burden on businesses. 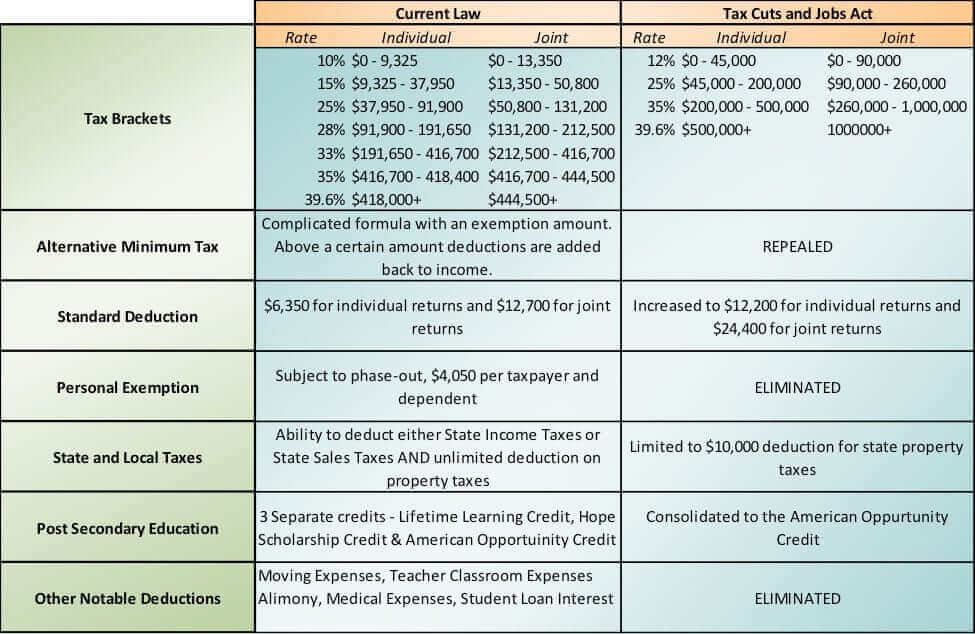 Of these changes, we feel that the changes to pass-through taxation and SALT deduction will have the most impact on our clients. As noted above, pass-through taxation will now be split into two separate taxable categories: income from labor and income from capital. This split is assumed to be 70/30. Income from labor will be taxed as in the past at ordinary income rates; income from capital will now be subject to a new flat 25% rate. Passive income is considered to be entirely from capital, and therefore only subject to the 25% rate. Professional services is considered to have no capital component, and not split into two categories. With the repeal of the AMT, many of our clients would have seen tax relief stemming from the ability to fully deduct SALT. However, the proposed plan eliminates the deduction for SALT, and has a $10,000 cap on property taxes. These two provisions are ones that we will be monitoring most closely, fore we see a lot of potential opportunities for planning.

The above charts are designed as helpful summaries of some of the most impactful changes proposed by the TCJA. As mentioned, the bill is incredibly dense. It also includes major changes to estate and gift taxation, the taxation of deferred compensation, net operating losses, tax treatment of contributed capital, like-kind exchanges, and taxation of fringe benefits. In the coming weeks and months as more time passes, we will have time to further dissect this bill in smaller, more manageable pieces and analyze the best way forward. Many game-changing reforms have died on the floor of Congress. We find it best to not overreact until the law is passed in its final form. It is still far too premature to begin making business plans based on this proposal becoming law. However, this bill provides insight as to where likely changes in the tax code may be coming and have given us an opportunity to begin to formulate strategies to best be in a position to act when the final bill has passed, even if that is not until 2018. We will continue to monitor the situation as time goes on so that we can be agile and prepared in late 2017 and early 2018 to begin to take advantage of any planning opportunities that may arise. Stay tuned, because there will certainly be updates over the horizon.