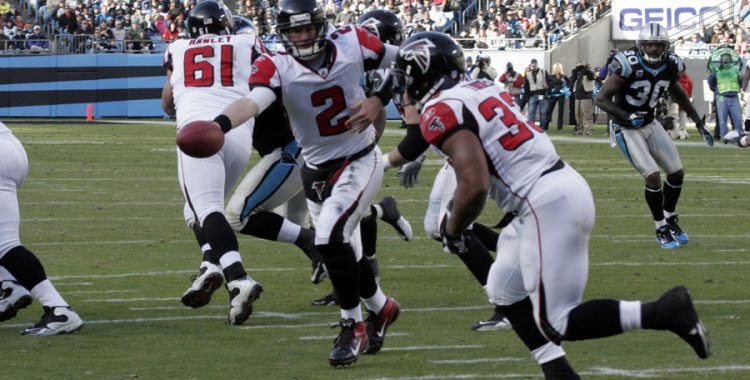 Franchise QB or a Game Manager: Who do you have leading your IRS audit representation team?

With Superbowl LI upon us, we have a great matchup between the Atlanta Falcons and the New England Patriots. One thing these two teams share in common is their superb quarterback play, featuring presumptive 2016 NFL MVP Matt Ryan and Tom Brady, whom is already a 4 time Superbowl champion. Each of these players are currently playing to the level of a “franchise quarterback.” While the exact definition of a franchise quarterback is not cut and dry, it’s generally used in the context of a player who is a superstar, a player that his team can win because of rather than just win with him and can ultimately lead his team to victory.

Every team would love nothing more than to have a franchise quarterback, but alas, they are few and far between. The next tier of quarterbacks is generally referred to as “game managers”; players who won’t necessarily lose the game for his team, but also will not go out and carry his team to victory. Franchise quarterbacks are often the pilot and leader of their teams, taking risks and making things happen, while game managers rely more heavily on others, than their own ability.

IRS audits and tax controversy defense, much like football, is a team effort. When looking at your team that is providing these services to you or your business, is the leader of your team a “franchise QB” or a “game manager?”

Understanding and having a game plan

Peyton Manning, recently retired quarterback of the Broncos and Colts, was legendary for his film study and preparation prior to games. He was a master of creating a game plan and understanding the defense, allowing him to adjust his plan accordingly depending on the look and game plan of the defense. Game managers often only have a strict, narrow game plan that only fits their skills, rather than adapting their plan to the situation at hand. They are not mobile, often stuck in the pocket. They often lack the insight to effectively change plays at the line of scrimmage when they see the defense changing.

A franchise quarterback tax professional, during the planning and lead up, will be able to identify positions of strength and positions of relative weakness and plan accordingly on how to tackle these areas with the taxing authority. He will also be able to adjust his plan and strategies based on the auditor assigned and how they are examining and looking at the issues. Each auditor is still a person with different strengths, weaknesses, and having a different view of the major issues at risk during an examination. Being able to identify these potential issues, develop and execute a plan, and adapt your plan to new information is clutch in dealing with tax examinations.

Understanding the play clock and the game clock

Along with knowing down and distance, knowing how much time is left on the game clock and on the play clock are important to successful quarterback play. Franchise quarterbacks are masters of this skill, knowing always how much time is left and how best to use it, avoiding penalties, wasting time outs, and inadvertently running down the clock. Game managers have been known to fall victim time and again to the clock, forcing them to burn valuable time outs, accept penalties, or ultimately lose the game.

One of the protections afforded by tax law is the statute of limitations to assess tax and the right for a taxpayer for a timely and efficient audit. Knowing how to use these powerful protections for their clients benefit and when the clock is moving how this may potentially impact their client negatively and mitigating these circumstances is one of the many valuable skills for a franchise quarterback tax professional. A game manager could very well know these exist, but knowing how to use them to their client advantages and protect them from downside is a skill they often lack.

Aaron Rodgers, current quarterback for the Green Bay Packers, is the NFL all-time leader in touchdown to interception ratio at 4.12. A franchise quarterback must be able to lead the offense and score touchdowns while still avoiding costly turnovers. Game managers often are known for their general ability to minimize turnovers but also not lead their team to successful scoring drives.

In tax examinations, one of the keys to a favorable outcome is controlling the flow of information given to the taxing authority. Minimizing “interceptions” (presenting negative or unfavorable information) is only half the battle in a successful controversy defense. Scoring touchdowns (closing out open items presented on an information request or tax authorities agreeing with positions) is a must do if you want to win the game. Game managers focus on safe passes and not losing the game; franchise quarterbacks know an opportunity to score and don’t miss.

Joe Namath made famous a guarantee 3 days before Superbowl III that his Jets would beat the heavily favored Baltimore Colts, inspiring confidence in his teammates that they could in fact win this game. Joe was a Franchise QB in every sense of the term, displaying one of the most vital traits of a franchise QB: confidence; but talking a great game and playing a great game are two different things. Game managers often will speak with confidence, but it doesn’t translate on the field.

One of the biggest keys in successful defenses in tax controversy is the confidence you have in your position and the ability to relay that confidence to the taxing authority. Confidence in positions can come in many different forms, but most often comes from the knowledge that you have of the tax law backing your position and the ability to properly relay and explain this position to the taxing authority. This confidence can lead to a more efficient audit allowing you as a business owner or individual to remove this burden from your life; a lack of confidence from a game manager where they just state their position without conviction or belief, and without the proper understanding of the underlying code, can drag out audits and at times lead to cases were an incorrect determination is made by the taxing authority.

When drafting your team to protect your interests against taxing authorities, much like an NFL team you want the best and brightest players. Having a franchise quarterback who can develop, execute and modify a game plan, understands the timing of the examinations, knows how to score without turning the ball over, and has confidence is crucial to your successful defense in a tax controversy case. He can elevate the play of the whole rest of his team. While a game manager may get you a favorable outcome, a franchise quarterback will get you the best outcome possible.

This article was also featured on InnovateLI