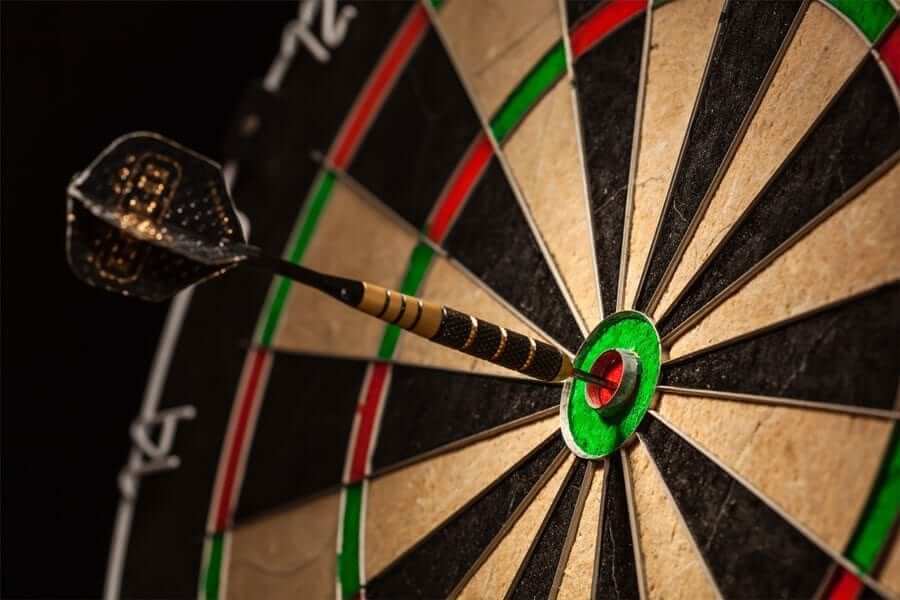 Early in 2012 the Department of Labor introduced two new disclosure requirements that took effect in August of 2012. Under ERISA §408(b)(2) “Covered Service Providers” are required to provide plan fiduciaries with the information they need to evaluate the reasonableness of fees and identify potential conflicts of interest; among other things. Covered service providers include outsourced fiduciaries, investment advisors, record keepers, among a host of other third party vendors that provide services to the plan. In addition ERISA §404(a)(5) requires quarterly reporting to plan participants indicating any expenses charged to their account and the basis for the charge, e.g. advisory fee, and whether it is a percent of their account or a flat fee. Annually information relative to the investment alternatives available under the plan must be provided to participants. Such information includes, traditional performance periods, e.g. one year, three years, etc.; the asset class the fund belongs to, e.g. large cap value; a benchmark to compare the performance against for each asset class; fund expenses; a link to the fund prospectus; and more. The DOL, in regulations, has offered a format for this information.

Over the last several months there has been an explosion of litigation revolving around fiduciary compliance for 401(k) plans and recently including 403(b) plans. The focus of this litigation is the result of a key court case Tibble v. Edison. After going through the local court, the appeals court, and finally to the Supreme Court, it is clear, based on the Supreme Court decision, that the plan fiduciaries, i.e. plan sponsor, trustees, investment committee members, are personally liable for any fiduciary breach due to lack of “due diligence” relating to the funds offered to plan participants. This reference to due diligence does not mean best performing fund, it means researching a variety of metrics for each fund including fund expenses, share classes, number of funds offered, among many others. Due diligence must be exercised periodically. Although the court did not define periodically, a quarterly review is a good guideline.

Court cases have included such companies as Anthem, Intel, Oracle, Principal Life, and Great West Life. Some of the cases are brought by employees of financial organization that provide the funds for their employer’s 401(k) and 403(b) plans including Fidelity, Mass Mutual, Voya and Allianz. Several of these companies have settled the litigation for large amounts including Fidelity for $12 million and Mass Mutual for $31 million. The majority of court cases revolve around excessive fund fees, excessive record keeping fees, inappropriate fund share classes, and use of revenue sharing. The issue of fund fees is closely related to share classes. Many 401(k) and 403(b) plans offer retail shares even though the plan is large enough, measured by assets, to offer institutional shares. The difference in expenses for identical funds managed by the same manager between retail shares and institutional shares can be 30% or more. Consider the Fidelity Advisor Value fund class C and class I. Class C shares (FCVFX) has an expense ratio of 1.99% while class I (FVIFX) has an expense ratio of 0.99%. The Class C shares have three year annualized performance through July of 7.00% while the class I shares have three year performance for the same period of 8.11% as reported by Morningstar.

Recently colleges and universities have become a new target. Court cases have been filed against NYU, Duke, Vanderbilt, and MIT, to name a few, including a $100 million suit against Columbia University. The focus of the litigation is the same as the issues above, excessive fees, lack of due diligence, etc. Many of these schools were targeted because of what the law firms call “tips.” It seems that 403(b) plan sponsors that offer an excessive number of funds, some in the hundreds, are targets. The basis for this is that it is unlikely that the fiduciaries can provide the necessary due diligence on this many funds in any effective way.

If you are a fiduciary what can you do? More important are you a fiduciary?

The Employee Retirement Income Security Act of 1974 (ERISA) defines fiduciary in §3(21)(A):

As a plan sponsor, trustee, or member of the investment committee of the plan item (ii) generally doesn’t apply. It is clear that the plan sponsor and trustee(s) have the ability to exercise discretionary authority or control in the operation of the plan. By way of example, individuals in those positions make decisions on following the plan provisions, e.g. when a terminated employee should be paid out, and disposition of plan assets, e.g. paying plan expenses from the assets of the plan. In addition decisions must be made in the management of the plan including determining when an employee is eligible, if an employee meets the guidelines for a hardship distribution, whether the employee is eligible for a loan (if the plan allows for loans), among a host of other decisions made almost daily in a large plan. That being the case, these individuals are fiduciaries as defined in ERISA §3(21)(A)(i) and (iii). For most of these functions it is possible to engage a third party fiduciary to accept these responsibilities as co-fiduciaries. Although this does not necessarily relieve the internal fiduciaries of their fiduciary duty it does provide professional, experienced organizations to insure that all fiduciary responsibilities are being satisfied.

A plan fiduciary must act solely in the best interest of plan participants and beneficiaries for the purpose of providing benefits to the participants. They must carry out their duties prudently, follow the plan document, diversifying investments and paying only reasonable expenses. Best practices dictate that all fiduciary decisions should be documented since the Department of Labor will focus on the process followed in exercising fiduciary duty. When a plan hires a third party vendor, whether it be a record keeper, investment advisor, or third party administrator, the process used to arrive at the chosen vendor should be documented along with the basis for choosing one over another. This does not imply that the fiduciary must choose the least expensive vendor, the choice should be for the vendor whose services are consistent with their fees. A fiduciary breach is not necessarily based on the end result, but more importantly how the fiduciary arrived at the end result. Also keep in mind that each fiduciary is responsible for the acts of their co-fiduciaries and taking proper steps if the fiduciary has knowledge that a co-fiduciary has breached their fiduciary duty including outsourced fiduciaries.

If a fiduciary is outsourced, it is still the responsibility of the internal fiduciaries to monitor the services being provided. This includes monitoring the third party fiduciary’s performance, reviewing reports provided, confirming fees being charged, and periodic benchmarking of those fees. The act of hiring a third party fiduciary in and of itself is a fiduciary function. Inquiries should be made as to the outside fiduciary’s experience and qualification of their professional staff. In addition the individual responsible for your plan should be interviewed and inquires made about any adverse actions against the firm including litigation or enforcement. At the risk of being repetitive be sure to document the process. Although all qualified retirement plans, other than “one person plans,” as defined in IRS regulations, must secure an ERISA fidelity bond, that bond does not relieve the fiduciary from personal liability in the event of a fiduciary breach. The ERISA bond is meant to protect the plan in the event of loss to the plan due to fraud or dishonesty on the part of the bonded fiduciaries. In addition to an ERISA fidelity bond, a fiduciary can purchase liability insurance that would cover the cost of plan corrections, defense costs, and regulatory penalties among other costs due to their fiduciary breach that would otherwise be the fiduciary’s responsibility.

Considering the Department of Labor’s intensified focus on fiduciary compliance, particularly in the last few years as supported by the rash of litigation, it is important to be familiar with fiduciary outsourcing options available to plan sponsors. ERISA, in Section 3, sets forth three categories of fiduciaries: an Investment Advisor as provided in section 3(21); an Investment Manager as provided in section 3(38), and a Plan Administrator (PA) as provided in section 3(16). Let’s begin with the last first, the Plan Administrator. This is a function that does not involve investment advisory services but instead focuses on the general and specific operations of the plan. A 3(16) plan administrator would offer any or all of the following services:

Operation of the Plan

A 3(21) Investment Advisor does just that, provides advice for a fee, but has no discretionary authority. Their responsibilities would include recommending plan investments for a 401(k) or 403(b) plan to be offered to employees. In addition, the Investment Advisor may advise on creating model portfolios offered to participants and monitor those portfolios for allocation adjustments as the marketplace reacts to economic changes. If requested, the Investment Advisor may be available to meet individually with employees to assist them in establishing their asset allocation based on their risk tolerance including ongoing updates. Some 3(21) Investment Advisors will go further and provide call out services to participants based on specific guidelines, e.g. more than 50% of their account in cash or more than 25% of their account in any one fund (other than a Target Date fund). In addition, webinars may be offered to participants on general investment topics and concepts. As in the 3(16) Plan Administrator, it is the plan sponsor’s responsibility to determine which services should be provided and what a reasonable fee is to provide those services.

Having been involved with fiduciary compliance since the Department of Labor announced new disclosure requirements in 2012, I have found that most plans have ongoing relationships with their vendors and are resistant to change. As a result of this, some outside fiduciaries have developed assessment services that will audit a plan’s fiduciary compliance as an independent engagement. The audit can cover fiduciary issues such as due diligence on the funds offered, timely remittance of salary deferrals, timely payment of benefits to terminated employees, and benchmarking of fees, among others. Generally, the cost of the audit is based on the size of the plan, i.e. number of participants, and the specific fiduciary rules to be reviewed. Dependent on the extent of the audit and the responsiveness of the plan to provide necessary information, the process can take from a few weeks to a few months. Once complete a Compliance Opinion Letter should be provided to the plan sponsor for review. Any non-compliant issues should be brought to the attention of the vendor who is responsible for that function, e.g. the investment advisor, and a process for correction established. The audit should be done by an Accredited Investment Fiduciary Investment Analyst who is certified by the Center for Fiduciary Excellence (CEFEX). The Center is an independent global assessment and certification organization. It works closely with investment fiduciaries and industry experts to provide assessment programs to improve risk management and fiduciary compliance for institutional and retail investors. CEFEX provides an independent recognition of a firm’s conformity to a defined Standard of Practice. It implies that a firm can demonstrate adherence to the industry’s best practices, and is positioned to earn the public’s trust.

What have we learned?