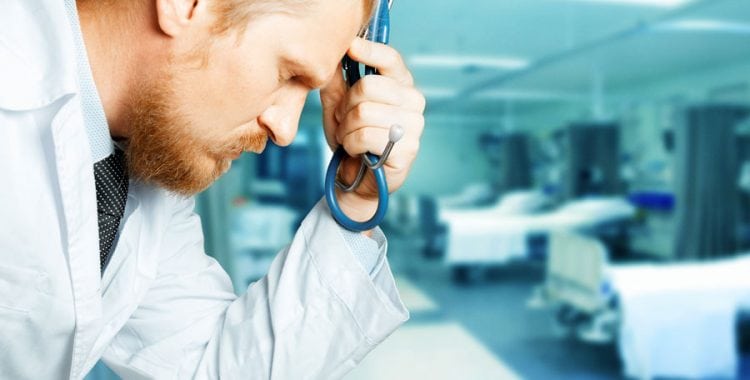 On February 13, 2018, New York Governor Andrew M. Cuomo proposed a 30-day budget amendment designed to crack down on physician misconduct.1 The budget amendment sought significant and material changes to a number of statutes that would have involved the medical industry in New York. While the sole amendment that was enacted drastically expanded the power of the New York State Department of Health, the remaining proposed amendments that were rejected by the legislature, would have expanded that power even further. This near miss should alert physicians to the types of proposed amendments that we can expect to see in the future.

One of Governor Cuomo’s more drastic proposals was the only one included in the 2019 budget and signed into law. The amendment of section 230 of the New York Public Health Law grants the Department of Health the authority to summarily suspend a physician’s license to practice medicine in the State of New York based upon a mere accusation of criminal conduct. Effective immediately, the Department of Health can summarily suspend a physician’s license when the licensee is charged with a felony under New York state or federal law, or that of another jurisdiction “where the licensee’s alleged conduct, which, if committed within this state, would have constituted a felony under New York state law, and in the commissioner’s opinion the licensee’s alleged conduct constitutes an imminent danger to the health of the people.” 2

The amendment is a drastic shift from the prior framework, in that previously all of the instances in which a physician could have been summarily suspended were the result of final criminal actions. The amendment allows the Commissioner to summarily suspend a physician upon the physician being charged with a felony, even when that charge is not premised upon an indictment resulting from a Grand Jury’s determination of probable cause. The amendment authorizes the reinstatement of a physician’s license if the criminal case is dismissed; however, any attorney practicing criminal law knows that could take over a year. Meanwhile, the physician’s patients have found another doctor, their employees have found other jobs, and presumably, the physician closed their practice. Thus, even though the suspension is lifted, where does that leave the physician? Certainly much worse off than they were prior to the suspension.

Some of the proposed amendments that were not enacted were procedural and, while they would have significantly changed the current statutory framework, are not terribly controversial. For example, Governor Cuomo tried to amend New York Education Law section 6530(28) by reducing the amount of time a licensee has to respond to written communications from the Department of Health and to make available any relevant records with respect to an inquiry or complaint about a licensee’s potential professional misconduct, from thirty days to ten days. This section would have applied to physicians, physician assistants, and specialist assistants. Pursuant to this statute, it is professional misconduct for a physician to fail to respond to a written inquiry by the Department of Health within the time period proscribed.

Mirroring that potential amendment to the Education Law was a proposed amendment to subdivision 4 of section 206 of the New York Public Health Law that would have given the Department of Health Commissioner the authority to require, in writing, the production of any and all relevant documents in the possession or control of an individual or entity subject to an investigation within ten days of the receipt of a request for such documents. Failure by the subject individual or entity to produce to the Department of Health the required documents within the ten-day period would have subjected the recipient to a penalty of as much as two thousand dollars ($2,000.00) for every such violation or failure. Each day of non-compliance with the demanded production would constitute a distinct violation under the proposed amendment.

The final proposed amendment that was not enacted would have granted the Department of Health Commissioner the authority to “seek to obtain a warrant based on probable cause from a judicial officer authorized to issue a warrant.”3 A warrant under the proposed amendment would authorize a search of “all grounds, erections, vehicles, structures, apartments, buildings, places and the contents therein and to seize any books, records, papers, documents, computers, electronic devices and other physical objects.”4

While it is clear that the Governor sought to empower the Department of Health by means of this contemplated “crack-down,” this portion of the initiative raises a number of questions – without sufficient answers – that merit examination. Specifically, the amendment failed to adequately describe the circumstances under which such a warrant may be sought. Indeed, what would constitute a showing of probable cause in this context? Would the Department of Health merely be required to show probable cause that professional misconduct may have occurred?

Some forms of professional misconduct are purely ministerial in nature. There are more than fifty ways that a physician may commit professional misconduct in New York, including failing to wear an identifying badge, improper advertising, and failing to update their physician profile within the six months prior to the expiration date of the physician’s registration renewal.5 It would seem inappropriate to subject a physician who fails to update his or her physician profile in a timely manner to an intrusive government search of his or her home, car, office, cellular telephone, and computer. The ability to obtain a search warrant in cases like this would seem to afford government actors tremendous opportunity to avoid the protections embodied in the Fourth Amendment.

While most of the amendments failed, the greater issue is where this expansion of administrative authority will end. The winnowing away of rights often begins with small, discreet, steps like this. Reducing physician misconduct is certainly a worthy goal; however, such drastic amendments to a system that already seems to be working can often have the opposite effect. If one of the amendments fails to survive judicial scrutiny, New York’s system to address physician misconduct will only be weakened as a result. As with most forms of reactionary legislative proposals, the better course is often simply adhering to and enforcing existing law.

Andrew T. Garbarino is Of Counsel with Ruskin Moscou Faltischek, P.C. where he is a member of the Health Care, White-Collar Crime & Investigations, Not-for-Profit and Cybersecurity & Data Privacy groups.

David F. Durso is an Associate with Ruskin Moscou Faltischek, P.C. where he is a member of the Health Care, White-Collar Crime & Investigations, and Cybersecurity & Data Privacy groups.

This article was also featured in our newsletter Best Practices Vol. 15