Increase in Penalties Imposed by the Department of Labor 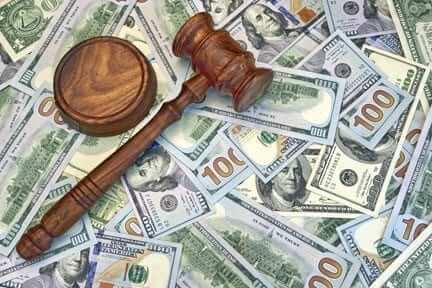 In an effort to strengthen conformity to laws and regulations, Congress passed the Federal Civil Penalties Inflation Adjustment Act Improvements Act of 2015, more commonly known as the Inflation Adjustment Act. The Act’s intent is to adjust civil monetary penalties for annual inflation. It’s safe to say that an action left unpunished will be (repeatedly) committed again in the future. By including an adjustment for inflation, monetary punishment will reduce the risk of further noncompliance with laws and regulations. Prior to the adjusted increase, many companies paid the penalties for violations since it was economically more beneficial than following the mandates. Increasing the penalties should have the intended outcome – hit ‘em where it hurts and there’s a better chance of conformity.

An area commonly overlooked by management and those charged with governance is the area of employee benefit plans, specifically ERISA-governed retirement plans. A lack of understanding in the fiduciary responsibilities of plan sponsors has led to an overall failure in monitoring plan activity and investment performance. This lack of oversight is the primary reason why participants are paying more in hidden fees, the investment platform is underperforming, and a general aura of “unpreparedness” surrounds participant retirement.

The lack of due care given by Plan Sponsors has not gone unnoticed by the Department of Labor (“DOL”). In an effort to follow suit, the Employee Benefits Security Administration (“EBSA”), the administrative arm of the DOL dedicated to administering, regulating, and enforcing the provisions of the Employee Retirement Income Security Act of 1974 (“ERISA”), published its own regulation that increases penalties as they relate specifically to employee benefit plans. Prior to the increase, penalties did not have the deterrent effect the federal government had hoped for. With the increase in retirement plan investigations spearheaded by EBSA, plan sponsors who have undergone such investigations have been slammed with crippling fees for violations, many of which are multiplied per day and by participant. These punitive damages have had the intended result with the targeted population; they have been conditioned into compliance. Those who fail to take heed will risk lining federal coffers. If you have an employee benefit plan, it’s no longer a question of “if” but rather “when” the plan will be investigated.

The updated penalties, which became effective August 1, 2016, apply to assessments after August 1, 2016 for those violations that occurred after November 2, 2015.