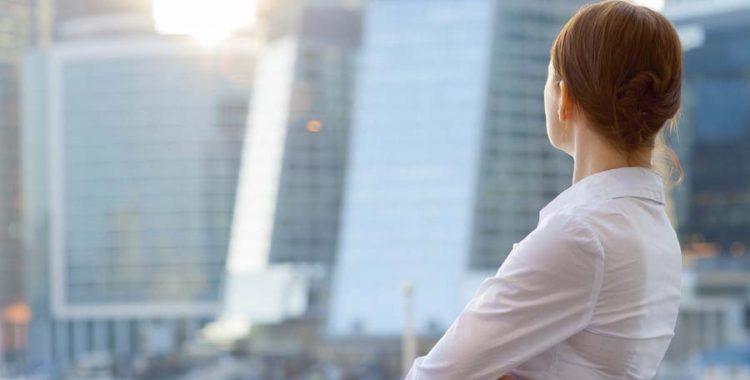 We fawn over celebrities for their awe inspiring acting. We cry with them, we laugh with them, and at the conclusion of every film we tuck a bit of them away into our hearts. On February 28, 2016, we will pay tribute to them when the winners of the 2016 Oscars are announced. Jennifer Lawrence is a deserving nominee for Best Actress in JOY, a film based upon the real life events of Joy Mangano who, like many of you reading this article, was born and raised on Long Island. The story of the film centers on Joy (as portrayed by America’s sweetheart, Jennifer Lawrence), a single mother of three (though, only two are portrayed in the film), her struggle, and consequently, her success in juggling her personal life, her academic life, and her work life.

Joy’s life as caretaker of three kids and no spouse to share the workload is overwhelming, to say the least. Her daily routine of managing work, studies, and seeing to her kids leaves little room for housework. To help ease her frustrations, Joy puts her pen to paper developing the blueprints of what would eventually become the Miracle Mop, a self-wringing mop that would put all others to shame. With the idea in mind, Joy spends years fine-tuning her plans until they are ready for development.

No Risk No Reward

The distinguishing feature of entrepreneurs is that they don’t stop at just ideas. Unlike many individuals who may have million dollar ideas, entrepreneurs invest capital to make their dreams a reality. Using her life savings and borrowing the remainder from others, Joy funded $100,000 into her idea to create the first prototype mops. As a single mother of three very young kids with a very precarious future, Joy made a very risky decision. Would it pay off?

Marketing – the contest for people’s attention

Using local advertising and her kids offering their salesmanship, Mangano was able to sell a few thousand mops in the first year of operations. It’s possible that Joy’s claim to fame may have fettered out if she didn’t do what she did next. In 1992, two years after the first mops were made, Mangano made a pitch to the executives of QVC, the television network shopping channel, the Amazon Prime of the time. Despite its television debut, the product didn’t fare well and only a few mops were sold. Joy, unperturbed and wholly dedicated, believed the mop would sell more if she appeared on air as her very own marketer. And sell it did – more than 18,000 mops were sold in the first half hour of the show! Maybe it was her enthusiasm and conviction in the product that gave rise to the soaring sales or maybe she voiced the blatant inadequacies of the mops of the time. As Steve Jobs once said, “A lot of times people don’t know what they want until you show them,” which is exactly what Joy was able to do.

The Miracle Mop continues to be Joy’s claim to fame and fortune. In 1999, Joy sold her company to the Home Shopping Network (HSN) but continues to serve as the company’s president. Since her initial breakthrough with the Miracle Mop, Joy has continued with her inventions, earnings millions in the first few years of business. Paying it forward, she created The Joy Mangano Foundation and partnered with Rising Tide Capital, to empower passionate entrepreneurs that believe in the American Dream. Regardless of whether Jennifer Lawrence wins the Oscar on Sunday night, Joy’s story is the real success, the real victory. It’s the story of an entrepreneur, a risk taker. It’s the story of an innovative businesswoman.

It is important to keep in mind that success does not follow every ground-breaking idea. While it may be the most crucial ingredient of every start-up, it is by no means the only one. It’s important to understand the elements that play a continuous role in the business world, including: