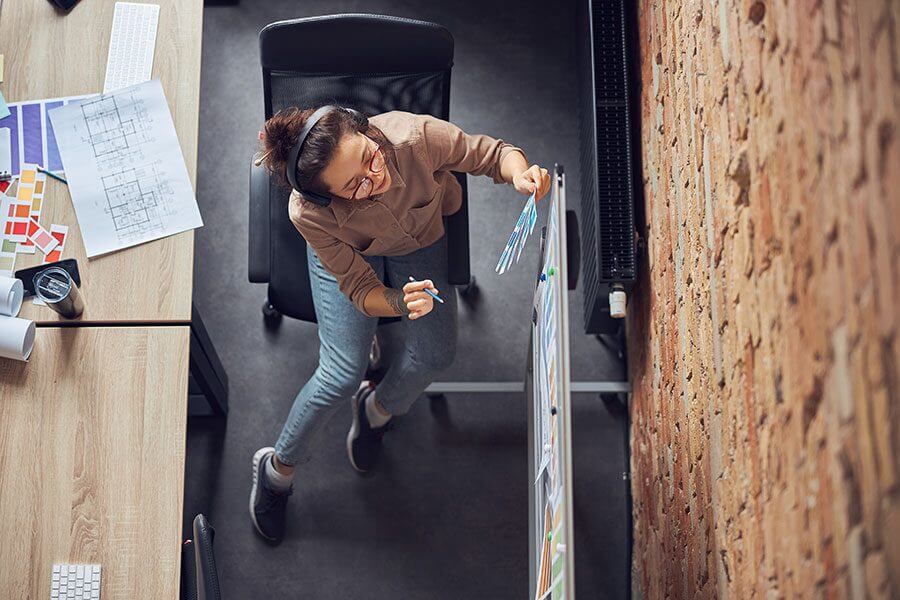 For many businesses, their largest non-labor cost is facilities. There has always been some disparity in the comparability of financial statements between companies, as some own their facilities while others rent. Several years ago, the Financial Accounting Standards Board (“FASB”) issued a new lease accounting standard, Accounting Standards Codification (“ASC”) 842 to try to align some of these issues across all industries and make financial reporting more consistent. The COVID pandemic has pushed off the implementation of ASC 842 for private companies that don’t hold certain public debt. This deferral is unfortunately coming to an end with adoption required for years starting after December 15, 2021 (calendar year 2022 or fiscal year 2023 entities).

In a nutshell, ASC 842 will require most companies with real property or equipment leases to record both a right-of-use (“ROU”) asset (the present value of the future required lease payment stream) and a corresponding liability to reflect, in essence, the asset and liability associated with the required future lease payments (inclusive of renewal options and other provisions that management may anticipate taking advantage of). By requiring assets and liabilities to be reflected on a company’s financial statements, ASC 842 makes it easier for stakeholders to assess risk exposure and true financial position.

WHAT IS A LEASE?

A lease is defined as a contract or an element of a contract that conveys the ROU of a physically distinct identified asset for a specified period in exchange for payment. The asset can be real property, facilities and related improvements, furniture and equipment, or other tangible assets. The “period” mentioned in the definition isn’t necessarily quantified by time. It can also be described in terms of the estimated use of an asset, such as the number of units a piece of equipment will produce.

While substantially all leases will be required to be capitalized on a balance sheet, it is still necessary to classify leases as either finance leases (previously referred to as capital leases under ASC 840) or operating leases, because the two lease types are measured differently. Under ASC 842, a lease is considered a finance lease if it meets any one of the following criteria:

Under an operating lease, the ROU asset is recorded and amortized to rent on a straight-line basis over the lease term, so from an income statement perspective, there will be little change in presentation. Finance leases require the lessee to recognize interest expense and amortization expense over the shorter of the asset’s life or the lease term. As a result, one will usually recognize a greater expense earlier in the life of the lease for a finance lease.

CALCULATING THE LEASE LIABILITY UNDER ASC 842

The lease liability is the current value of minimum future lease payments. To determine the liability, there are certain assumptions/estimates that need to come into play:

These assumptions/estimates will impact the lease liability calculation. Keep in mind that the assumptions made about lease options at the beginning of the lease can change over time. If, during the term of a lease, there are changes to the likelihood of options being exercised, and/or if there are material changes in residual guarantees or uses, remeasurement of both the lease liability and ROU asset will be needed.

The discount rate to use in calculating the lease liability is either the rate implicit in the lease (if known, though it rarely is explicit) or the company’s incremental borrowing rate (“IBR”). ASC 842 defines the IBR as “the rate of interest that a lessee would have to pay to borrow on a collateralized basis over a similar term an amount equal to the lease payments in a similar economic environment.” Simply, the IBR is the rate of interest one could borrow at under similar terms (amount, length of time, etc.). Companies should be able to obtain IBR’s from their banks/lenders based on credit history, market conditions, length of borrowing, security, etc.

The ROU asset is calculated as the lease liability, discussed above, plus or minus these adjustments:

Examples of typical initial direct costs under ASC 842 include commissions and payments made to an existing tenant to incentivize that tenant to terminate its lease as these costs would only be incurred as a result of execution of the lease. Costs that typically would not be considered initial direct costs are legal fees, costs of negotiating lease terms, lease underwriting, or general overhead expenses such as depreciation, occupancy, and equipment costs, as these costs would be incurred regardless of whether the lease is ultimately executed.

ASC 420 previously required recognition of a liability for the amount of above-market rent being paid over the life of the lease. Under ASC 842, this would reduce the carrying value of the ROU asset.

Since prior to ASC 842, operating leases were not capitalized, embedded leases had very little impact on overall financial statements. After all, if a lease contained utility charges, tax pass-throughs, and other services such as admin support, did it really matter? It was all part of occupancy costs on the income statement. Under ASC 842, it becomes increasingly more important to truly understand the terms of each agreement. As a result, it’s now imperative to:

The way a lease is written could significantly impact embedded leases. If a lease is a gross lease, whereby property taxes and common area costs (i.e., snow removal) are part of a fixed rate lease, ASC 842 provides for a practical expedient allowing these costs to be considered part of the lease, which means there’s no need to separate out these costs before calculating a ROU asset. If, on the other hand, a lease is a net lease, whereby property taxes and other costs are variable and billed separately, these would be excluded from the lease and the calculation of the ROU asset. Even so, for companies that enter into collaborative agreements for space that include such items as secretarial support, supplies, fieldtrips, coverage, etc., it must be determined how much of the monthly payment is for the space cost and how much is for the additional services built into the agreement.

IMPACT OF COVID-19 ON LEASE ACCOUNTING

Pursuant to ASC 842, constant reevaluation of an ROU asset is needed as changes in lease terms, intentions with respect to leases, use of assets, and more could have an impact on the carrying value of the ROU asset and related liability. The COVID pandemic and the push for more remote work and flexible work environments has significantly changed the way that many businesses have looked at their operations and could also result in changes in lease terms, certain rental concessions, decisions to not renew or to cancel certain leases, etc. Once ASC 842 is adopted, one will need to evaluate any lease related decisions (real property and equipment) and determine the impact that these decisions will have on the valuation of ROU assets.

Adoption of ASC 842 will dramatically impact many companies’ balance sheets, adding significant levels of assets and related debt. These changes in financial position will result in increased debt levels which could impact debt-to-equity ratios, liquidity ratios, and more. These could negatively impact debt covenants. Furthermore, many debt agreements put limitations on the ability to enter into debt without approval. As leases under ASC 842 now are reflected as obligations on balance sheets, this could theoretically pose a problem every time a company attempts to enter into an equipment or property lease. It is important to discuss with bankers and lenders to work through changes in debt covenants in consideration of the impact of ASC 842. It is important to get ahead of the curve and discuss this with them before they are surprised by a dramatic change in presentation.

For those organizations that own their own buildings and rent most of their equipment under finance leases, the impact of ASC 842 may not be significant, but for the rest of the population, ASC 842 will dramatically change financial pictures. The calculations under ASC 842 are extensive and difficult to implement, and application is retroactive, so it will impact not just the year of adoption, but the prior year (opening retained earnings/equity) also. We encourage all business to analyze all leases now, before ASC 842 is required, to understand the full impact it will have, and to provide for appropriate time to work through this with the necessary stakeholders to avoid issues or surprises later. ASC 842 will ultimately provide a better picture of commitments and obligations and provide greater transparency of financial positions and obligations. This is a significant positive from a transparency perspective; however, it will also require quite an effort to implement and educate financial statement users about the changes. Now is the time to start preparing.

THIS ARTICLE WAS ALSO FEATURED IN BLUEPRINT VOL. 1. READ THE ARTICLE AND MUCH MORE RELATED CONTENT HERE! Ted Campbell, manager in the Not-for-Profit Services group with Cerini & Associates, LLP, has been with the firm since 2020. He has more than fifteen years of experience in providing various audit, review, accounting and consulting services to for-profit and not-for-profit entities.