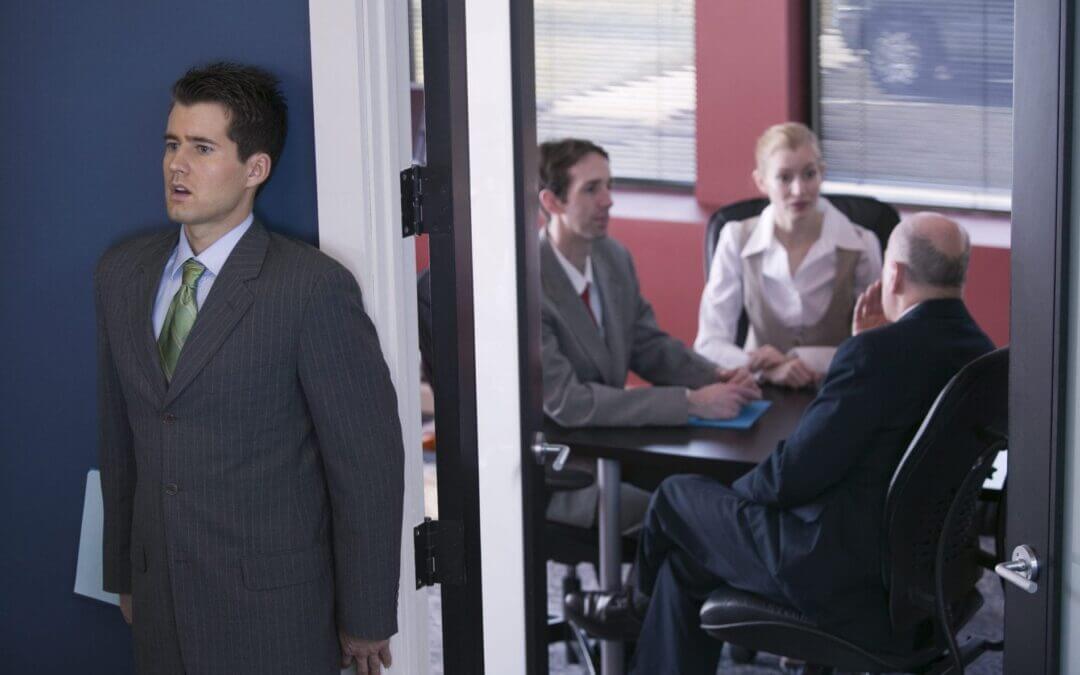 Quick, tell me what is scarier, a big, hairy spider crawling up your arm or going to a networking event.  Most people will grudgingly admit that the networking event scares them more. I am often asked about networking. Time after time, the questions go something like this:

Second disclosure, let me state from the outset that networking is hard work. It involves building confidence, taking risks, and spending time doing it.  On average, most professionals who take networking seriously can spend 10-20 additional hours a week networking at an event, trade show, seminar, or on the neighborhood ball fields.  Simply stated, networking can and does happen everywhere, anywhere, and when you might least expect it.

With that said, what are the keys to effective networking? Well, in no particular order, I would consider these to be important keys:

Networking is a skill. Doing it well requires work, attitude, and perseverance; key ingredients to building confidence.  When I first started networking I was awkward at it to say the least. However, I had a mentor who saw something in me and encouraged me to continue doing it. So, every week I would go to a networking event.  I would engage other professionals in random conversations (the weather, the football game last Sunday, the newest FASB pronouncement – well, maybe not that.) Some of the professionals I would know from previous events, some I would meet in the moment. All the while, I would be exchanging and collecting business cards, which would be the foundation of my contact database.  Suddenly, I could walk into a room, and I would know people, and people would now me. Now, we are networking!

When I started networking, I had the great fortunate of having a mentor. Look for one within your firm.  Talk to them about your interest in being a better networker.  Good networkers are often eager and willing to impart their knowledge to you.  When the time is right, go with them to an event and watch how they work the room.  Be observant of how the conversations get started, what keeps them going, and get involved yourself. A good mentor will be eager to introduce you around the room and should be encouraging to let you walk the room yourself.  Remember, here is the place where mistakes do not count against you. Make some, and learn from them. When the event is over, get back together with your mentor and discuss the good, the bad, and the ugly.  Be receptive to your mentor’s ideas for the next time, and make sure there is a next time.

We were born with two ears and one mouth for a reason. Listen twice, talk once!  If you are not sure about your prowess at networking, then master the art of listening.  The mere act of listening to someone conveys to them that whatever they are saying is important to you and they are more likely to keep talking. This will give you time to cultivate a thought or two, and before long you are involved in a conversation at a networking event.

It is important to be as visible as possible.  It is hard work doing what you do during the work hours, but you need to allot the proper amount of time to be visible.  The more people see you, talk to you, and can look upon you as a social contact, not just a business contact, is when the networking will translate into business.  Selling yourself is selling your firm; it is one and the same concept.  So, the more visible you are to your contacts, the more visible your firm will be to them.

Walking into a ballroom full of professionals is both exhilarating and downright frightening. The most common pushback I get from people afraid to network is “What if I say something stupid?”  My answer is simple; “It Doesn’t Matter!”  I tell people all the time, look for the group with the largest number of people. Work your way into the group and spend the first few minutes listening, just listening.  If the topic of conversation interests you, then start talking. If not, find another group.  As you gain confidence in “working a room,” it will not be long before you will be the one attracting the group—it happens, trust me.

In closing his act at Carnegie Hall, the late Robin Williams said, in character voice, “ ..hey, how do you get to perform at Carnegie Hall? Practice!” It may sound silly, but practicing your elevator speech will help you in a networking situation. The more comfortable that you are talking about yourself, the more confidence you will exude to those around you. So, practice what you will say when someone asks “What do you do?” or “Tell me a little about your firm.”  Know these answers cold! That will become the icebreaker, which will the lead to the conversation about family, interest in sports, college visits, etc.  You are probably starting to get the idea that networking is talking about what you know (yourself, your firm, your family) and then learning a little something about the other person, (them, their firm, and their family.) Hey, this is easy!

Let’s be serious for a moment. We network to increase our business opportunities.  There, I said it. In order to translate networking into business, you have to establish a real relationship with the other person. Establishing relationships requires getting to know them, and letting them get to know you. That does not happen over a one-time conversation at a networking event.  Getting that business card after a brief conversation means little if you do not use it as the gateway to following up with that person.  Set a time and place to meet for a morning coffee, a lunch, or, when the relationship really develops, an after-hours dinner.

Remember that we are most likely to do business with people we like, have a common interest with, or trust.  Getting to those mileposts takes time and effort.  Most networking experts tell you that it takes 10-12 interactions with someone before it might translate into business. So, get busy. Get out there and network; you may like it, and you might be good at it!