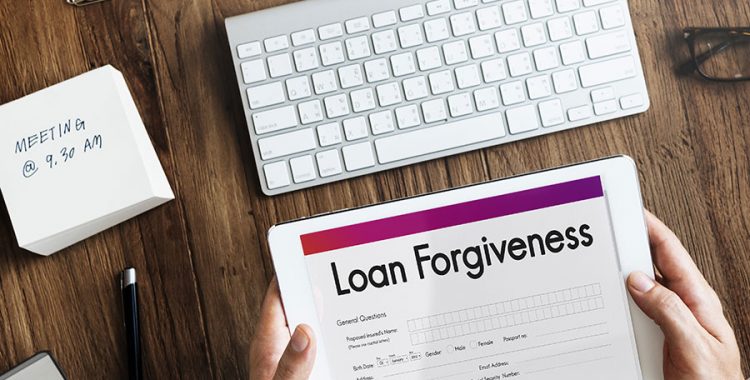 For weeks, since the last update in June 2020, there have been rumors and reports in professional circles regarding the SBA releasing a new or updated FAQ with around 30 questions that would assist borrowers in their forgiveness calculations. The SBA posted a new update on August 4, 2020 that is believed to be this massive promised update. The new FAQ is focused on loan forgiveness, providing largely a recap or prior issued guidelines and a few new updates.

Information and Updates to Compensation Calculations and Limits

The new FAQ provides updates to compensation calculations, which:

2. Confirms that costs incurred during the covered period (or alternative covered period) and paid by the next regular payroll date are forgiveness eligible.

3. Provides clarification that borrowers may be required to calculate partial pay periods, either if they do not elect an alternative covered period (if paid bi-weekly or more frequently) or if paid on a semi-monthly or monthly basis.

4. Confirms that payroll is to be gross pay and includes all forms of compensation, such as bonuses, commissions or hazard pay.

The compensation limit cap is only for gross pay, up to $20,833 (if 24-week period) or $15,835 (if 8-week period) or 2.5/12 of their 2019 gross pay, whichever is smaller. The FAQ does explicitly confirm that this limit is for compensation only, and that for these owner-employees payments for health benefits, retirement or State and Local Taxes do not count toward these limits.

The compensation limit cap is only for gross pay, up to $20,833 (if 24-week period) or $15,835 (if 8 week period) or 2.5/12 of their 2019 gross pay, whichever is smaller. Any 2% or greater S Corporation employee should already have their health benefits included as compensation on their payroll, so any amounts paid do not count toward forgiveness. Owner-employee retirement and State and Local taxes do not count toward the cap.

The compensation is affirmed to be a mechanical calculation of 2.5/12 of the 2019 net profit as reported on Schedule C. no separate addition for health benefits, State and Local Taxes or retirement is allowed or required, as these amounts are not taken into account on the net profit for Schedule C; that is, they have already been added back. The borrower is not required to make any payment of this amount.

The compensation amount is a mechanical calculation of 2.5/12 of the partners 2019 net earnings from self-employment (Box 14A) reduced by Section 179 expense (Box 12) multiplied by 92.35%. Unlike with a Schedule C Filer (and a new development in the FAQ), partners will also have to receive payments of this amount during the covered period. Separate payments for health insurance, State and Local Taxes and retirement benefits are not eligible as they are already excluded from the Box 14A calculation; they have already been added back.

The major takeaways and changes for borrowers in this section of the FAQ update are the confirmation that certain costs for C and S Corporation “owner-employees” do NOT count toward the compensation cap (many prior interpretations believed they did) and that partners are required to make the payment of this amount during the covered period.

One new, but not unexpected development, is that owner-employee compensation is limited to the owner caps of $20,833 (24-weeks), $15,385 (8 week) or 2.5/12 of 2019 compensation across all businesses for which they have an ownership stake. Owners can choose to which companies they want their forgivable compensation allocated toward.

Many borrowers were hoping for more explicit guidance on both health benefits costs and retirement contributions. The FAQ did provide some new information but was still largely silent on items we have found clients to be curious about.

2. For group health care benefits, a similar “paid or incurred” statement exists. The FAQ explicitly confirms this includes insurance premiums paid for group health care. Forgiveness will also be provided for premiums incurred during the covered period but paid by the next premium due date.

They key update for these costs by the SBA relates to the “anti-acceleration” provisions. Presumably, this would prevent borrowers from “pre-paying” any health benefits or retirement benefits not incurred during the period – most relevant would be borrowers with a defined benefit or contribution plan who were looking to make their 2020 contribution during the covered period. Like other SBA guidance, however, vague wording still leaves a lot to be desired. The combination of “accelerate” and “outside” likely mean only future benefits cannot be prepaid, which is further elaborated in the health benefits update (“only the portion of premiums for coverage during the covered period are included, not….any portion paid for coverage for periods outside the covered period”).

Absent within this FAQ are still 2 key things many borrowers would like clear guidance regarding:

1. Does “group health care benefits” include dental and vision coverage?

2. Will retirement contributions for the 2019 year, accrued at year end, paid during the covered period, be a forgivable expenditure?

It has been our belief (but unconfirmed by the SBA) that “group health benefits” has always included medical, dental and vision coverage. A conservative approach would be to assume that only medical is covered at this point.

Information and Updates to Non-payroll costs

The updated FAQ provided finally an update to transportation utility costs as well as clarification on other non-payroll costs.

3. Confirmation that the Alternative Covered Period election for payroll costs does not impact the non-payroll costs of a borrower.

4. Any payments for unsecured credit interest are an eligible USE of PPP Loan proceeds but cannot be forgiven.

5. Renewed leases or refinanced business mortgages are considered to be an extension of the prior agreement and therefore eligible expenditures for PPP loan forgiveness.

6. Transportation as a utility cost refers to “transportation utility fees” assessed by state and local governments. Prior to this update, the common interpretation based on other SBA guidance was that this was for fuel or other costs used for company vehicles; however, it appears to be for an entirely separate utility fee.

The information on non-payroll costs was largely status quo. The confirmation of prior incurred and paid expenses was helpful, and the definition of transportation was quite different than expected. The SBA Guidance for self-employed borrowers had what appeared to be a broad definition of transportation utility costs; however, per this FAQ it is limited to a state imposed transportation utility fee; borrowers that have to pay this fee are probably very aware of what it is, and those who have not had to pay in the past, likely will not be required to pay in the future and should therefore not concern themselves with what this fee covers.

Other Information and Updates provided

The FAQ also included the following updates for borrowers

As congress convenes and attempts to pass another stimulus bill, our eyes will once again be focused on Washington and the potential fallout of any new bill. The introduced Senate bill included a massive change in the forgiveness calculation and documentation that is extremely borrower friendly and there have been calls to allow certain borrowers to take a second PPP Loan. There is also bi-partisan support for the next bill to include the ability for borrowers to deduct the PPP covered costs, but this was not included in the May HEROES draft or more recent HEALS draft.