Trust in online advertising growing, but lowest of all media

Maybe it’s the appeal of Don Draper and the success of Mad Men, but trust in advertising is significantly higher than it was six years ago. 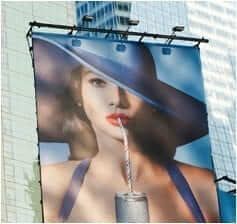 Trust in online advertising is increasing, as is the believability of television, radio and movie advertisements, according to a new global survey of 29,000 consumers in 59 countries by Nielsen in its 2013 Trust in Advertising report.

Word-of-mouth, branded websites and opinions of consumers showed the highest trust levels, while online advertisements in video form, on social networks and in online banners and display ads had the lowest trust levels among consumers.

Ads sent via mobile phone texts were the least trusted of all, even though the level of trust has doubled since the previous survey.

Television ads were in the top five most trusted mediums, and advertisements before movies showed one of the biggest increases. The only medium that showed a slight decrease in trust was newspaper ads (-2 percent).

Mahnaz Abnoosi Wins the 30 Under 30 Award!

A Surge In Mergers

Business Analysts Vs. Business Consultants, What You Need To Know

Cerini & Associates, LLP Promotes from Within and Welcomes New Staff