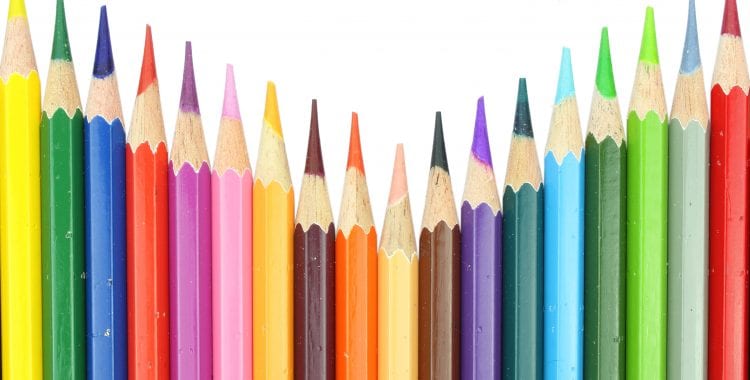 During 2014, the NY State Legislature mandated that the New York State Education Department modify the SEIT reimbursement system so that providers of SEIT services would be paid a fee for each unit of service delivered, as opposed to payment on a mandated system. In 2015, they further mandated that SED move from a provider specific rate to a regional average rate. During May, 2015, SED unveiled its proposed methodology to the field in an effort to elicit comments and get a final methodology to the NY State Division of Budget for final approval and implementation. 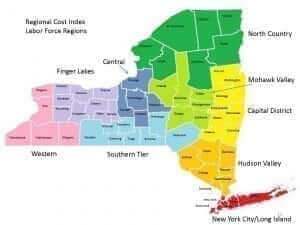 SED divided the State into 9 distinct regions (See left), and developed a regional rate for each region utilizing 2011/2012 filed CFR’s. These regional rates ranged from a low of $29.28 (North Country) to a high of $44.56 (NY/LI), per half hour mandated unit of service. These rates were adjusted, as reflected in the chart below (2011-12 SEIT Recon Rates by Labor Force Region), to include a 10% factor for SED’s estimated spread between mandated and delivered services. In order to not have a dramatic impact on providers, SED is proposing a phase-in of the regional rates over a four-year period. During this phase in period, a blended rate encompassing your current rate and the regional average rate will be used. An organization in New York City with a current rate higher or lower than the regional average based upon 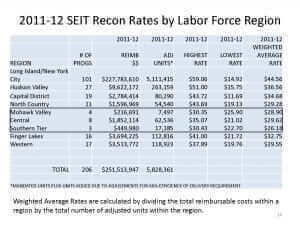 The new regional rates will not be subject to reconciliation, however agencies will need to continue to file CFR’s. These CFR’s will be used to adjust regional average rates in the future and continue to monitor programmatic compliance with CFR guidelines and the RCM. If RSU does not believe that costs reflected appear appropriate they can call for a fiscal or operational audit to ensure the integrity of the information provided. In addition, for SEIT, the non-direct care screen will be reduced from 30% to 25%, and supervising teachers can no longer be charged to code 215, even though they only supervise on a part-time basis. All SEIT supervisors must be charged to code 518, a non-direct care code. 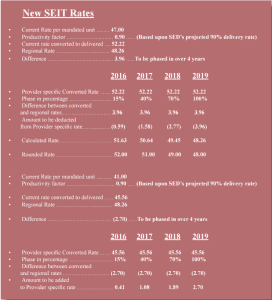 Another change proposed refers to the productivity levels of SEIT teachers. Under current regulations, a minimum of 66% and a maximum of 72% of a SEIT teacher’s time had to be spent performing direct services to children, with the balance of their time spent performing other required services, including: travel time, preparation and attendance at CPSE meetings, staff development, service coordination (when child gets both SEIT and RSO), parent interaction, classroom observations,etc. In more rural areas, which require greater levels of travel, SED has proposed lowering the minimums to 64%, 62% and even 60%, based upon travel distance and scarcity of service providers.

Finally, SED has determined that SEIT teachers are being paid significantly more than classroom teachers. As a result, they may look to limit salaries in excess of “regional average” salaries. Programs need to make sure that they are paying appropriate salaries. This will make paying staff on a fee for service basis a little more difficult.

If you need to understand how the projected new methodology will impact your program, please feel free to contact us.

This article was also featured in our newsletter Special Ed-ition Vol. 13