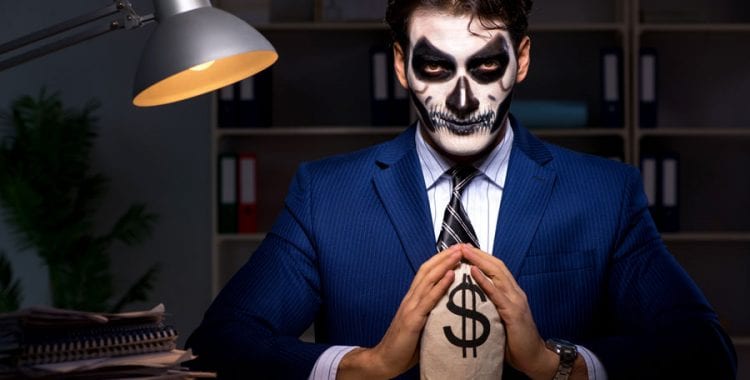 One of the scariest experiences for taxpayers can be correspondence from the IRS or other taxing authorities. The mere sight of one of these official letters can turn even the most experienced taxpayer or business owner white as a ghost from fear. Not all letters from taxing authorities should cause dread; some can be a treat while others are a nasty trick trying to trip up taxpayers.

Automated Under Reporting (AUR) – An Automated Under Reporting or AUR letter are most commonly issued from the IRS when a taxpayer has omitted an item of reported income from their tax return. Often these are not willful or otherwise malicious on the part of the taxpayer, but rather an accidental omission from a forgotten investment statement or another tax form. Normally these can be resolved easily by either showing the income was in fact included in the filed return or paying the additional assessed balance. These are also known as CP 2000 letters, as they request additional taxes due.

Unfiled Tax Returns – Both businesses and individuals can receive letters that the taxing authority has no record of filing of certain tax returns. When a taxpayer either has an expected obligation (such as a payroll tax return due quarterly) or a record of tax documents without a return on file taxing authorities will send notices requesting these returns. The best response to these notices depends on the nature of the controversy. If the returns were filed timely, the best response will be just to send a copy of the return and proof of filing. In the event the return has not been filed it should be filed as soon as possible to avoid additional assessments.

Unpaid Balance or Assessment – While all taxpayers should pay all tax when due, there may be circumstances beyond their control or economic reasons for late payments and/or late filings. As a result, taxing authorities may impose interest and penalties on the unpaid tax balance. With late filings or payments tax professionals will often use tools to estimate the interest and penalties, but sometimes these amounts may be slightly different. Additionally, most taxpayers prefer a “wait and see” approach with penalties, hoping they may “fall through the cracks.” Taxpayers may have a reasonable cause which can get the penalty abated, but the base tax and interest will almost always have to be paid.

Civil Penalties – One of the most common and powerful tools in the taxing authority’s toolbox for compliance is the assessment of penalties for noncompliance, such as late filing or incomplete filings. These penalties can sometimes be extremely harsh and outright punitive, but also are among the ones which can be most easily disputed. Taxing authorities can offer relief for reasonable cause based on the underlying facts and circumstances or as a first-time abatement because the taxpayer has an otherwise compliant history. These notices should never be paid immediately, but they should not be ignored.

Levy, Intent to Levy or Intent to Seize – An intent to levy, levy or seize property is one of the most severe notices a taxpayer can get from the taxing authority. Normally these come 30-60 days after the initial notice and the taxing authority hasn’t received any response from the taxpayer. Despite popular belief, governments cannot just outright seize property for unpaid taxes or penalties without due process. These notices do indicate that the clock is ticking and the taxpayer should respond ASAP.

Adjusted or Unclaimed Refund – Sometimes a taxpayer can actually get a larger refund than originally claimed, often as a result of estimated payments that were not claimed on the originally filed returns. Additionally, taxpayers may sometimes amend prior year returns not as a result of a negative mistake but rather to claim additional refunds based on new information.

Resolved No Tax Due Notice – Many of the “tricks” that taxing authorities try to pull on taxpayers from the prior section often will require intervention from the taxpayer’s tax professional. As experts in resolving these notices, they can pull from their years of experience to mitigate or eliminate these penalties. When the professional is successful, the taxing authority will issue another notice indicating removal of the balance due and the matter is resolved, a welcome outcome for sure.

Despite the best efforts of taxpayers and their accountants, most taxpayers will unfortunately at one time or another receive a letter from the government; understanding the different types of correspondence can save you a potential tax nightmare.