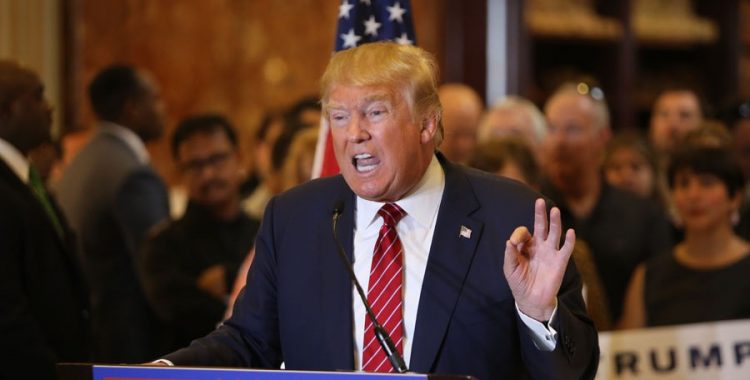 On November 8th, 2016, Donald Trump was elected the 45th President of the United States of America. A major focus of this election season has been taxes – both his refusal to release his personal returns and his plan to change the current US tax code. In addition to winning the presidency, the Republican Party also retained its majority in the Senate and House of Representatives. With the President and Congress politically and ideologically in-sync, this will more than likely result in meaningful changes in the US tax code during the next four years.

During the campaign, Trump offered what could be described as a general framework of a tax plan, including measures and changes he would like to see enacted. These included rate changes, limits on itemized deductions, elimination of tax credits, increased deductibility of child care costs, and increased equipment spending for businesses.

This plan has largely been attacked for being wholly unrealistic in terms of the total cost. The independent Tax Foundation has estimated that it would cost $4.4-$5.9 trillion on a static basis (without regard to the increased economic activity it may create).

Taxing and Spending Clause of the United States Constitution

Despite all of the rhetoric, the executive branch cannot universally enact a change in the US tax code. The US Constitution delegates this authority to the Congress, which, as mentioned, will also be Republican-controlled for the first time since 2005-2006. The President’s wishes, ideas, and desires will often be seen as a template for how Congress will draft tax legislation but he does not hold the authority to set tax law. So while Trump has his aggressive plan, it will unlikely be the final result of what is to come.

So What Will Actually Happen?

In what feels like something all too rare in politics, the most likely scenario will be a compromise of the initial Trump plan and what Congressional leaders will deem appropriate. There is a strong, vocal contingent of the Republican Party that is concerned with increasing budget deficits, making the huge slashes proposed by Trump a non-starter. Below is a summary of the current plans for major items:

Even though they have both a majority in the House and Senate, the nature of politics and democracy will make it likely that the Democratic Party will have some say in these final tax changes. Often concessions are made in order to avoid filibusters (which require 60 Senate votes to quell, versus the 51 the Republican Party currently), hence there still could be some unforeseen changes.

The exact details will still be subject to much debate, but it is safe to assume that there will be a broad reduction in individual rates closer to the 2001 Bush Tax Cuts, along with a potential reduction in the corporate tax rate. With a disagreement in how to fund the majority of these other changes as well as to their nature, it is likely there might not be much more drastic change in deductions and tax credits. Broad tax reform is certainly in play as well, but will be hard to get full support for, especially early in the Trump presidency.

How Should Business and Individuals Plan?

Based on their policy proposals, it’s a near certainty that 2017 and beyond will see both personal and corporate income tax cuts. This will allow taxpayers a further opportunity to take advantage of traditional planning techniques regarding the timing of their income and deductions in order to arbitrage tax rates. Generally speaking, taxpayers should aim to accelerate their deductions in 2016 when they will be reducing income tax at a higher rate and attempt to defer income wherever possible into 2017, when it would presumably be taxed at a lower rate.

Some strategies to consider: