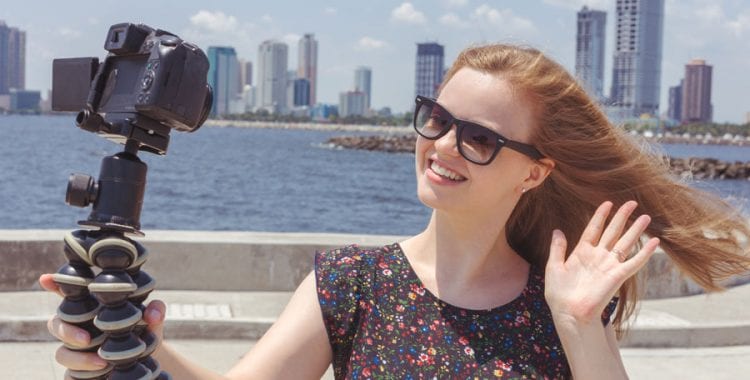 Do you want to reach individuals and convert them to donors? Better step up your digital fundraising. Donors want to see more “human content” from the nonprofits they support. If you thought humans were social beings, the next generation of donors (generations Y & Z) have taken this to the next level, with constant social engagement on such popular social media sites as Facebook, Twitter, Snapchat, and Instagram. If you want to be successful cultivating younger donors, you need to engage them, allowing them to connect with your organization and the individuals you serve. Nothing is more impactful then a story, inviting donors in and letting them see what’s happening within your organization as opposed to just telling them. Instagram stories, YouTube Channels, and other social media platforms grab people’s interests through pictures and videos. Think about how impactful a personal video diary of a child who is receiving a wish would be … the child’s joy, experience, the family’s insight, the backstory, etc. Why do you think all of the live voting shows tell you about the contestants? They want it to get personal and for you to connect with them. This builds engagement.

Over 500 million people use Instagram each day, with 59% of them under the age of 30. Generation Y (born 1981 to 1995) and Z (born 1996 to 2010) comprised 48% of the total U.S. population as of 2017 (22% and 26%, respectively). An astounding 30% of Generation Z already donates to charity. Since information is more accessible on social media sites and actively used by the younger generations, it provides a perfect opportunity to connect nonprofits that use social media platforms to live-stream and engage a wider and younger audience.

Live interviews, video diaries, Instagram stories, etc., engage the community and can encourage people to ask questions and interact in real-time with people to raise awareness of what is being promoted in your stream. Funded projects, activities, and sector trends can be answered as comments and questions arise from viewers watching Instagram streams. Alexandria Ocasio-Cortez, used her Instagram stories to make politics more relatable to the younger generations, as she engaged the community for the purpose of providing more power to the voters. As politicians use Twitter and Instagram platforms to enhance their popularity and inform the public, the IRS engaged in an Instagram strategy to reach the younger generational taxpayers. They aimed to make the posts eye-catching and colorful, while being informative for people to assist them in preparing their tax returns.

As a nonprofit, it is important for you to be creative with your live-streams so that you can set your organization apart from the rest. Live-streaming service delivery and showing the issues you’re solving and impact you are making provides a great advantage to get viewers interested and involved in what is being done with the donations they are making. For example, an oceanographer, Sylvia A. Earle, explored the kelp forests by the Channel Islands. The oceanographer live-streamed her dive off the coast of California to demonstrate the importance of conserving kelp forests and marine life.

Keep in mind, the average attention span of people today is about 8 seconds. You need to keep your messages short, no more than a minute or so (30 seconds is optimal), to effectively get your message across. These quick video messages have been successful for nonprofits who have seen increases in donation rates using them by 97% over traditional email campaigns.

Another popular fundraising trend is the use of monthly subscription-based donations. Monthly subscriptions made to nonprofits is up 40% over last year. This provides you a steady flow of income every month rather than a one-time donation, and since they are typically attached to a credit card or bank account, they are often set-up and forgotten about, ensuring a long-term income stream to your charity. This is a particularly important strategy for millennials, as they are 52% more likely to consider monthly subscriptions rather than a large one-time gift. Over the long haul, this could lead to more engagement with your organization for future gifts.

Twitch has been a popular platform that has been on the rise since its introduction in 2011. Twitch started as a videogame streaming platform, with more than 55 million people watching videogame streamers every month. Streaming has become a new and popular platform for the younger generations, as they prefer to watch popular videogame streamers than a television show, with 58% of Twitch users spending roughly 20 hours a week watching videos online. As gamers stream, they often team up with charitable causes. Viewers tune into their streams and make donations throughout the gameplay in support of their favorite streamers and their related charitable causes. In July of 2018, a high profile streamer, Ninja, participated in a stream to raise money for St. Jude’s Children Hospital. The streamer kept the interest of the audience by adding challenges to his stream as more donations were received. Due to the combination of a live charity stream and his successful and competitive gameplay, he raised $2.7 million for St. Jude’s.

Another way you can utilize digital advances to assist in your fundraising efforts is through the use of chatbots. A chatbot is a service, powered through coding or AI (Artificial Intelligence), which allows people to interact via a chat interface. The chatbot provides automated communication back to donors providing more timely communication with your donors, which is often difficult for nonprofit organizations. With the increasing cost of labor, increased automation of communication will save you both time and money and ensure more timely communication to your donors and prospects.

The nonprofit sector is adapting its marketing and fundraising efforts around social media platforms. As nonprofits look for opportunities to grow, Facebook Live, Instagram Live, Twitter, Snapchat, Twitch, and YouTube are platforms that make it possible for you to connect with your donors. They provide you with an opportunity to broadcast your message to a wider audience and allow for you to show your impact and tell your story in an exciting, engaged, and interactive way.