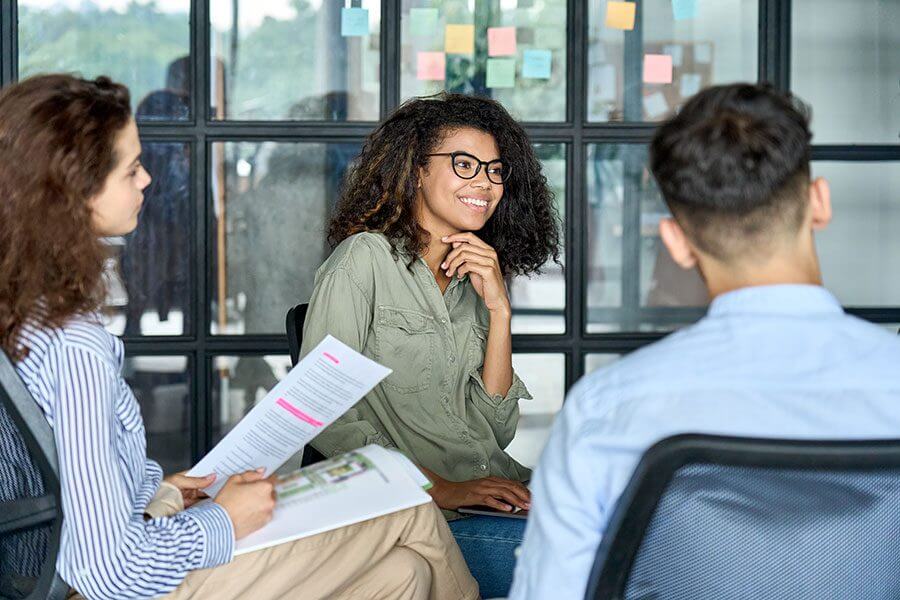 Structural racism is the historical and ongoing racial discrimination, segregation, and marginalization of Black people – African Americans in particular – that is typically instigated or sanctioned by government. From slavery through today, it affects every aspect of life in America, especially where we live, where our children go to school, what jobs are accessible, and what opportunities are available for Black people in contrast to White people.

Underlying structural racism is the false notion that race provides a justification for treating people differently based on their race. But race is a social construct. All humans are 99.9% genetically similar. Racism is simply a concept created to divide society – and its resources – in ways that favor one group over another. Over time this racial hierarchy, designating Black people at the bottom and White people at the top, encompasses everyone. Through the decades, some populations have been designated as “not White” or not White enough and may experience disparate treatment and outcomes like Black people.

As President of the Long Island-based civil rights organization ERASE Racism, I often address diversity, equity, and inclusion (DEI) at public events, specialized workshops, and other training sessions that we conduct. In the context of structural racism, diversity refers to the presence of people who are not White (i.e., from different races and life experiences); equity refers to whether or not resources and power are available equally for White people and People of Color; inclusion ensures that all people experience fair treatment allowing them to feel welcome and attain outcomes that concretely and accurately reflect their abilities, efforts, and performance in the workplace and other settings.

One of the common misconceptions, I find, is that many people believe that addressing DEI is something organizations should do only if they have a “problem” – if they have been called out publicly for a specific deficiency. Similarly, addressing DEI is often seen as optional or requiring occasional attention.

But structural racism affects us all, so we all have a responsibility to address its implications in our organizations and communities. Defeating structural racism requires that we address DEI broadly in all its facets, and that takes concentrated effort and determined attention.

For organizations as well as businesses, some areas of policy and practice require special attention if one is centering racial equity in efforts to implement DEI. Personnel is a prominent area in which racial discrimination often takes place. One must look especially at the following:

Are the job requirements and candidate qualifications defined in ways that minimize racial bias?
What efforts are made to expand the pool of qualified candidates to include People of Color?
Are hiring and promotion policies and practices evaluated to minimize bias?
Who is conducting the interviews, and are they appropriately educated about DEI and implicit bias so that the hiring process is likely to center racial equity?
How attractive is the workplace to a diverse pool of candidates?

Leadership is another area that needs attention. How diverse are the senior staff and the Board of Directors? Too often an organization or company will think that minimal diversity is sufficient and that it will thus deflect criticism, but that raises further problems: First, it deprives the organization of the perspectives and insights that come from greater diversity. Second, it puts an enormous burden on one or two people, while seemingly setting limits on the organization’s commitment to diversity. Third, having one or two People of Color in a particular role may give an appearance of diversity but may not enable equity and inclusion to be achieved.

The interactions that an organization or company has – with customers or the public at large – are another area that often needs work.

Who are the customers, and how diverse are they?
What assumptions are made about the customers?
How are their needs being heard and met?
Do all customers and clients have access to the same products and services?

Engaging on these issues does not imply a failure but rather demonstrates courage and persistence. Structural racism affects us all. No one is free of its consequences. That’s why everyone needs to actively remove the structural impediments to racial equity, including those policies and practices that appear to be race-neutral but in fact produce disparate treatment or disparate impact for People of Color. Achieving diversity, equity, and inclusion is good for every business and organization, and it’s the right thing to do.

Elaine Gross is President of ERASE Racism, the civil rights organization based on Long Island.

This article was also featured in our newsletter NFP Advisor Vol. 25